Don’t get sucked in by “expert” predictions 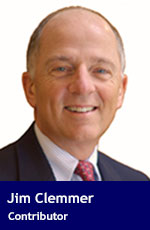 Years ago, an elderly couple went to a country fair. The husband was captivated by an animated psychic promising to tell his age and what kind of person he is. He inserted a coin, and the machine sprang to life. The animatronic clairvoyant peered into her crystal ball, mumbled a few words, and pointed to a card that popped out of a slot below. The husband grabbed the card and was excited to read, “You’re brilliant, good-looking, and charming. Women fall all over you. Insert another coin for your fortune.” His wife grabbed the card from him and turned it over. “Thought so!” she cried, “she got your age wrong, too.”

After all we’ve been through and this seemingly endless pandemic, what’s ahead in this shiny New Year stretched out in front of us? Since the dawn of civilization, humans have wanted to see into the future. Seers, prophets, and fortune-tellers of all sorts have responded to – and preyed upon – our primal desire to reduce the uncertainty of what lies ahead. Wikipedia has a fascinating list of dates predicted for apocalyptic events that starts at 643 BCE and runs through hundreds of end-of-times predictions over the centuries.

Neuroscience shows the survival of our species depended heavily on our primitive brains letting negatives stick like Velcro and positives slide off like Teflon. We’re programmed to pay more attention to danger and fear. Forecasters (and politicians) playing to our dark side can trigger those menacing and powerful emotions. In his book, Enlightenment Now: The Case for Reason, Science, Humanism, and Progress, Harvard professor, researcher, and author Steven Pinker notes a long list of failed predictions and writes, “prognosticators are biased toward scaring people.”

This time of year, we’re bombarded with “experts” confidently forecasting the pandemic, the economy, the end of democracy, global warming, financial markets, social and political trends, end of times, wars, weather … and lots more. Predictions often tell us more about the predictor’s explanatory style and values than the future. Their bias is based on their “home on the range of reality.” Optimists usually make rosy predictions, while pessimists typically foresee doom and destruction. Most forecasters project a glass half full or half empty extrapolation of today’s best or worst trends.

American political science writer and University of Pennsylvania professor Philip Tetlock has extensively studied the accuracy of predictions. His book, Expert Political Judgment: How Good Is It? How Can We Know?, describes a 20-year study in which 284 experts in many fields, from professors to journalists, and with many opinions, from Marxists to free-marketeers, were asked to make 82,361 predictions. He found that they were only slightly more accurate than chance, and worse than basic computer algorithms. Forecasters with the biggest news media profiles were especially bad. Experts on the whole barely outperform a coin toss in predicting the future … The best experts … can get their success rate up to nearly 60 per cent – better than ‘heads or tails,’ but not by much.

In his Toronto Star article, “The Prophets of Profit,” Steven Theobald reported on The Star’s analysis of 20 years of mostly inaccurate annual forecasts. He writes, “‘They tend to make the same forecasting mistakes,’ said Merv Daub, professor emeritus at Queen’s University’s business school. ‘Much of the process relies on guessing what will happen to external factors such as the global economic and political environment,’ said Daub, who has extensively researched the accuracy of forecasting. ‘How the hell do you forecast these things?’ he said. ‘Forecasters are not witches. They don’t possess some mythical way of foreseeing the future.'”

The great British Prime Minister Winston Churchill, who led England to victory during the Second World War, wryly reflected on his frustration in getting “expert” advice: “It’s the ability to foretell what will happen tomorrow, next month and next year – and to explain afterwards why it did not happen.”

In The Fortune Sellers: The Big Business of Buying and Selling Predictions, William A. Sherden concludes, “The Economist was right to declare that economic forecasters ‘are worse than useless: they can do actual long-term damage to the economy.'”

Here’s my New Year’s prediction – a series of disruptive and unpredictable events. The coming year will be filled with good and bad, joy and sadness, and plenty of ups and downs. Positive progress will continue to quietly march forward while “the news” raucously diverts our attention and feeds our fears.

One of the inspiring quotations I’ve used for my ongoing personal improvement quest comes from Abraham Lincoln (his decades-long string of failures in business and politics before becoming one of America’s greatest presidents is inspiring itself). He once said, “I will prepare myself and my time must come.”

We can’t foresee the future nor manage change. “Change management” is an oxymoron – like holy war, political science, or rap music. Change can be ignored, resisted, responded to, capitalized upon, and created. But it can’t be predicted and managed to march to some step-by-step process. Whether change is a threat or an opportunity depends on how prepared we are. Becoming either change victims or victors depends on our readiness.

Jim Clemmer is the President of the Clemmer Group, a management consulting firm specializing in organization, team, and personal transformation.